Last month the Big Local News team joined forces with reporters across America to cover the country’s midterm elections. Here are six examples of how our services helped local newsrooms do more with data. 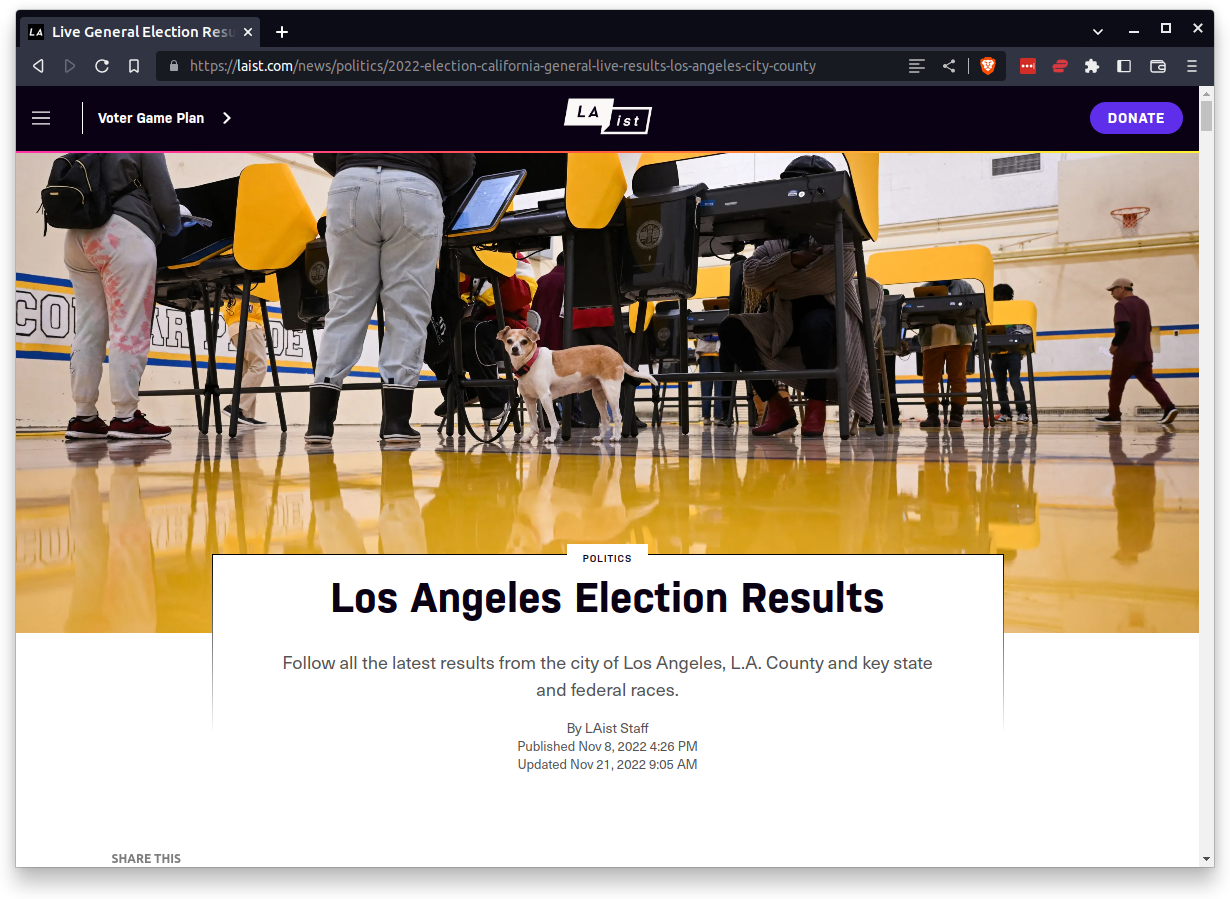 Our team partnered with news developers at LAist, a public media site based in Pasadena, to provide live election results after polls closed on November 8.

Melissa DeMund and Diana Chu at LAist created an automatically updating interface that served the latest data to a centralized landing page, as well as other pages focused on Los Angeles County’s top local races. 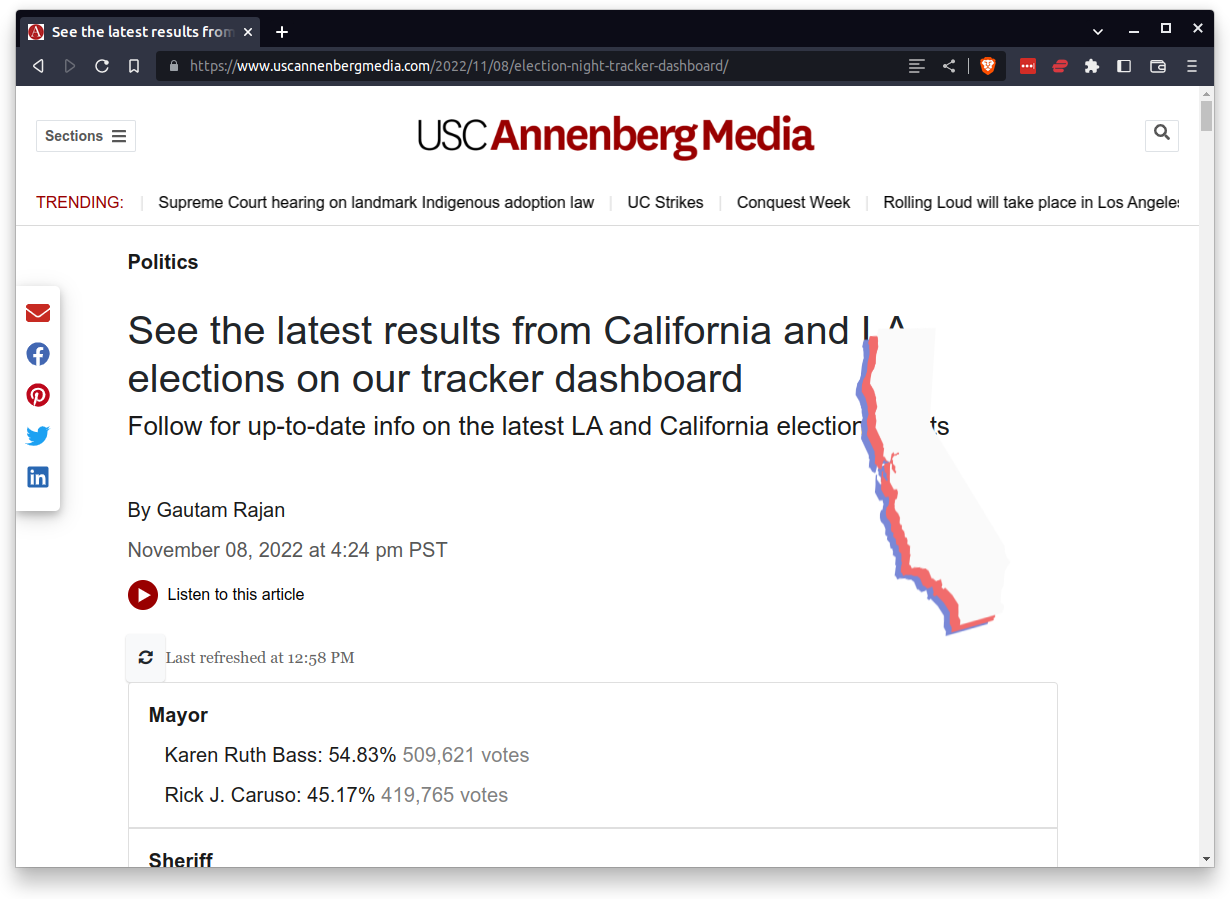 At Annenberg Media, Gautam Rajan used the same data feed to produce a live results page of his own. It was the first time the student-led news site based at USC’s journalism school had ever published live election results.

The final tallies from Los Angeles County are now also available for download from the Big Local News data portal, our free archiving service for journalists to store, share and publish data. 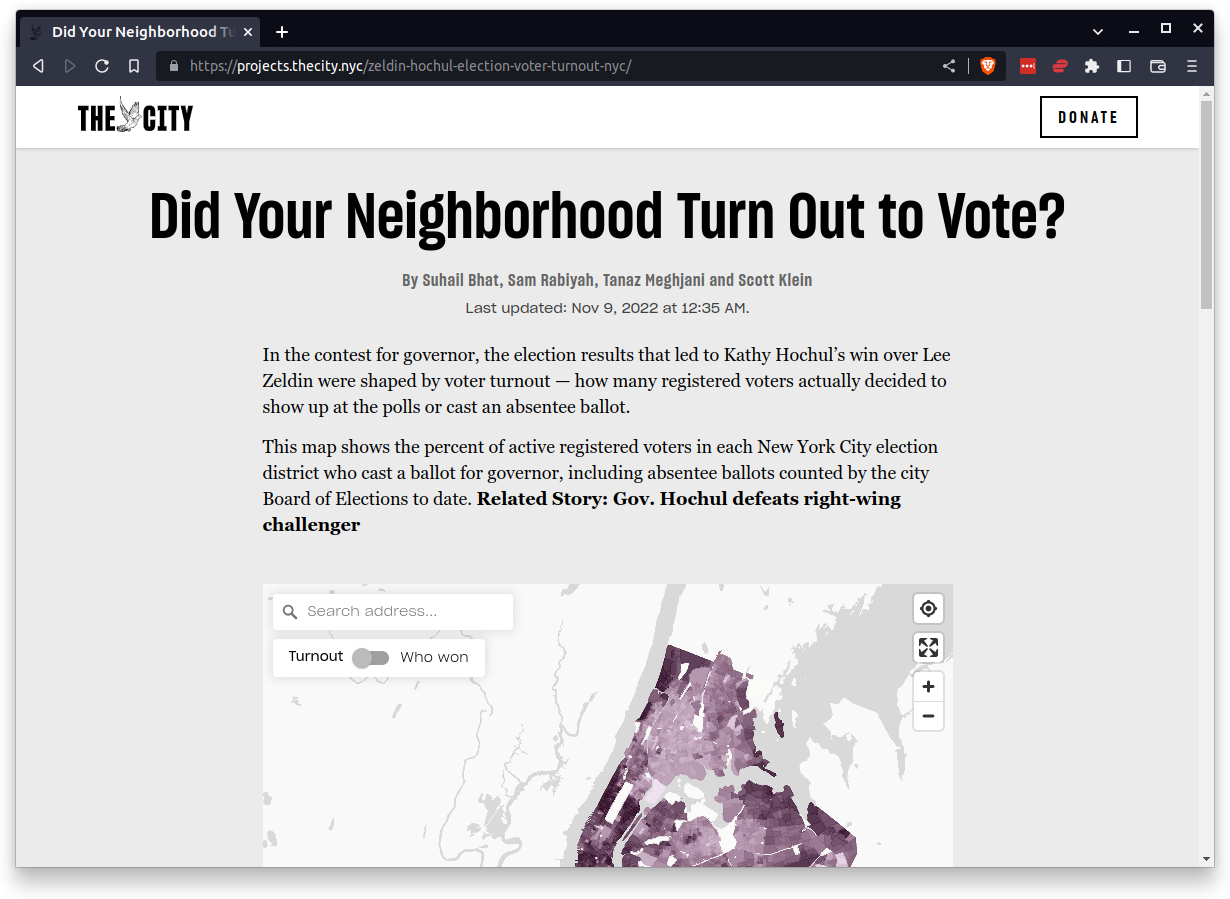 The result of our work, a React project template with a suite of complimentary GitHub Actions, is available as free and open source. The historic turnout data featured in the story is available on the Big Local News data portal. 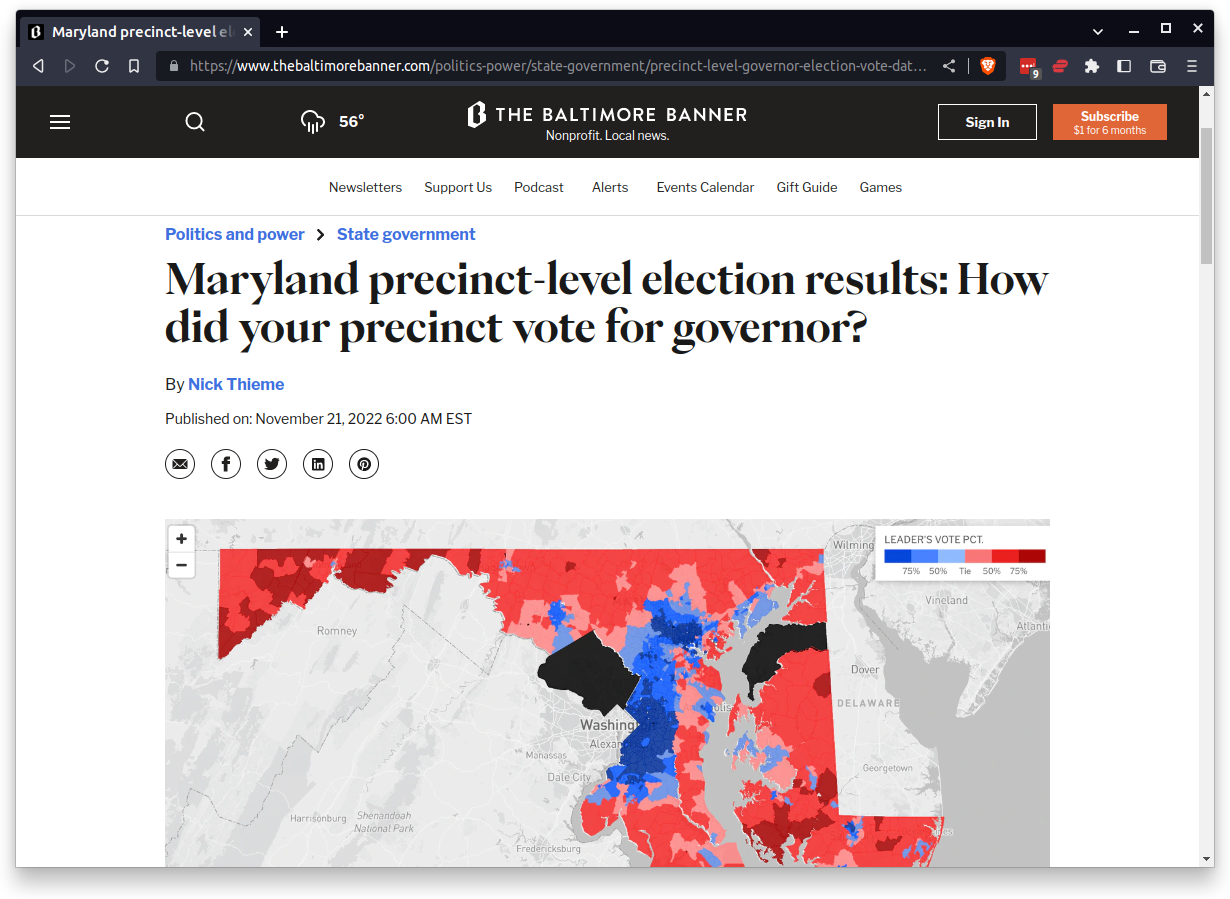 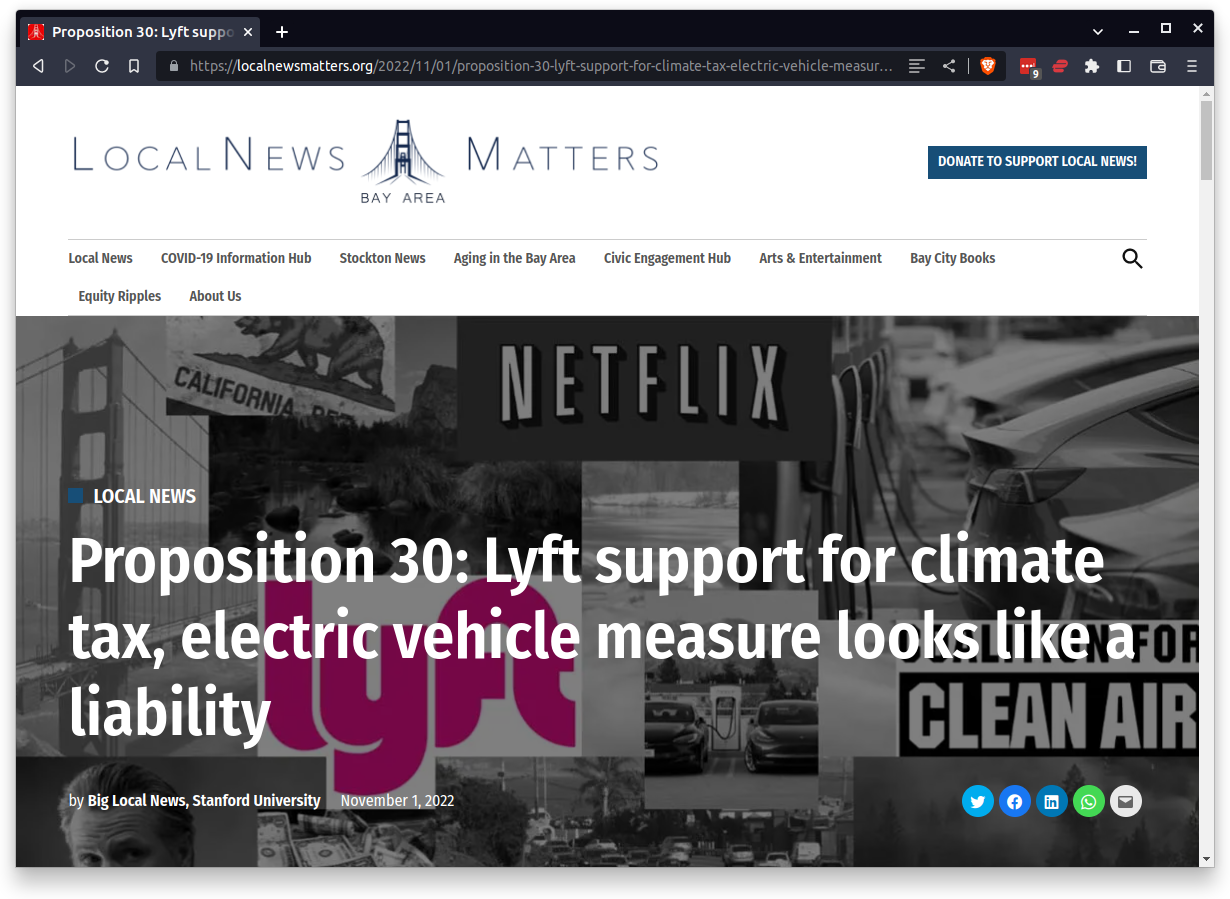 Earlier this year, Big Local News released CAL-ACCESS Watch, a new tool for tracking the money that routinely floods California election contests. Students at Stanford used its open-source dataset to analyze fundraising for and against Proposition 30, a proposed tax on the wealthy to subsidize electric vehicles. 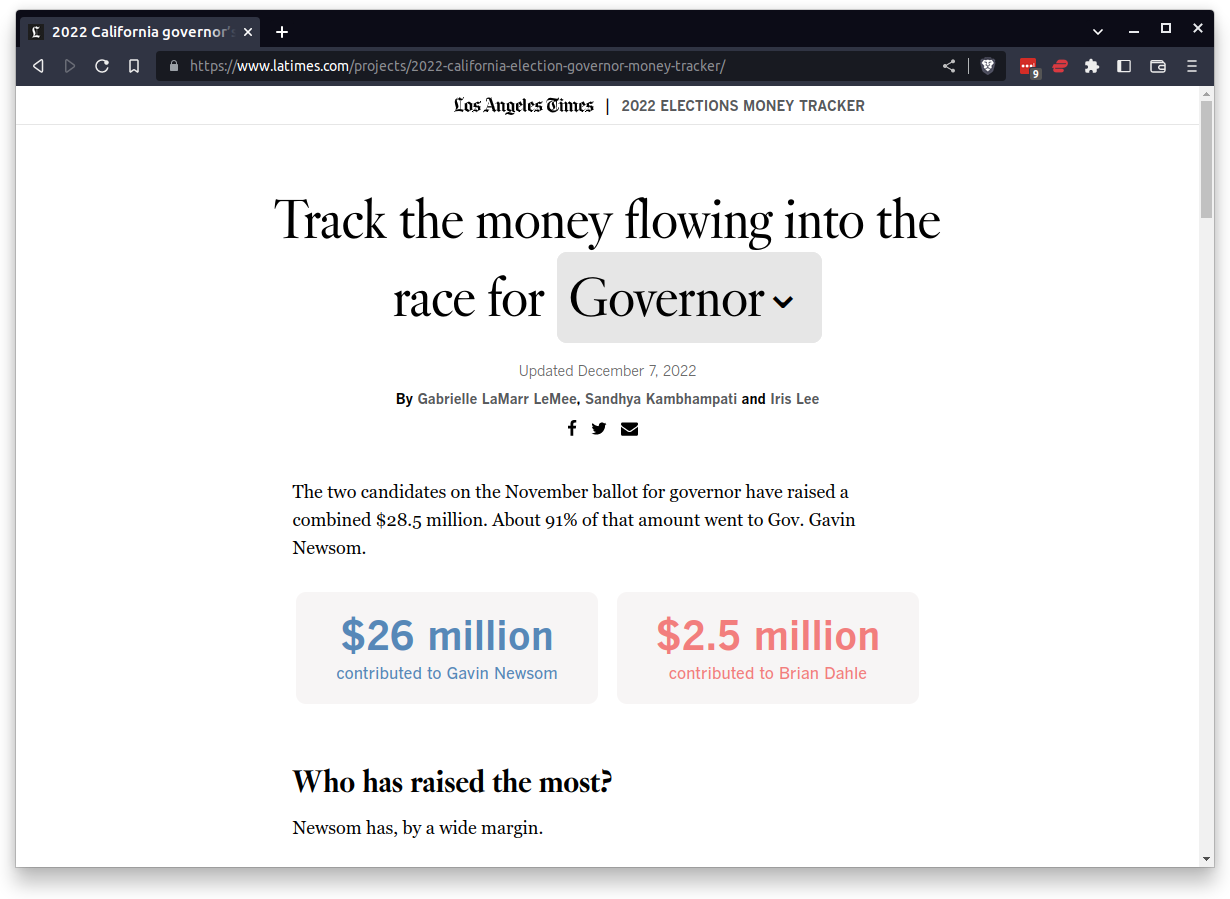 From its base at Stanford University, Big Local News gathers data, builds tools and collaborates with reporters to produce journalism that makes an impact. Its website at biglocalnews.org offers a free archiving service for journalists to store and share data. Learn more by visiting our about page.