The story of the coronavirus unfurled in ways no one could fully foresee. In the chaos of the pandemic’s early months, journalists struggled to capture the sudden and sweeping disruption to nearly every aspect of life on Earth.

Two things quickly became clear to the data journalists watching case numbers climb. No segment of society would be immune — but disadvantaged communities would feel the most pain.

In December 2020, 11 newsrooms split nearly $200,000 in grants and got to work. A wave of original, probing and empirical projects soon followed. Here’s a look at what our grantees accomplished. 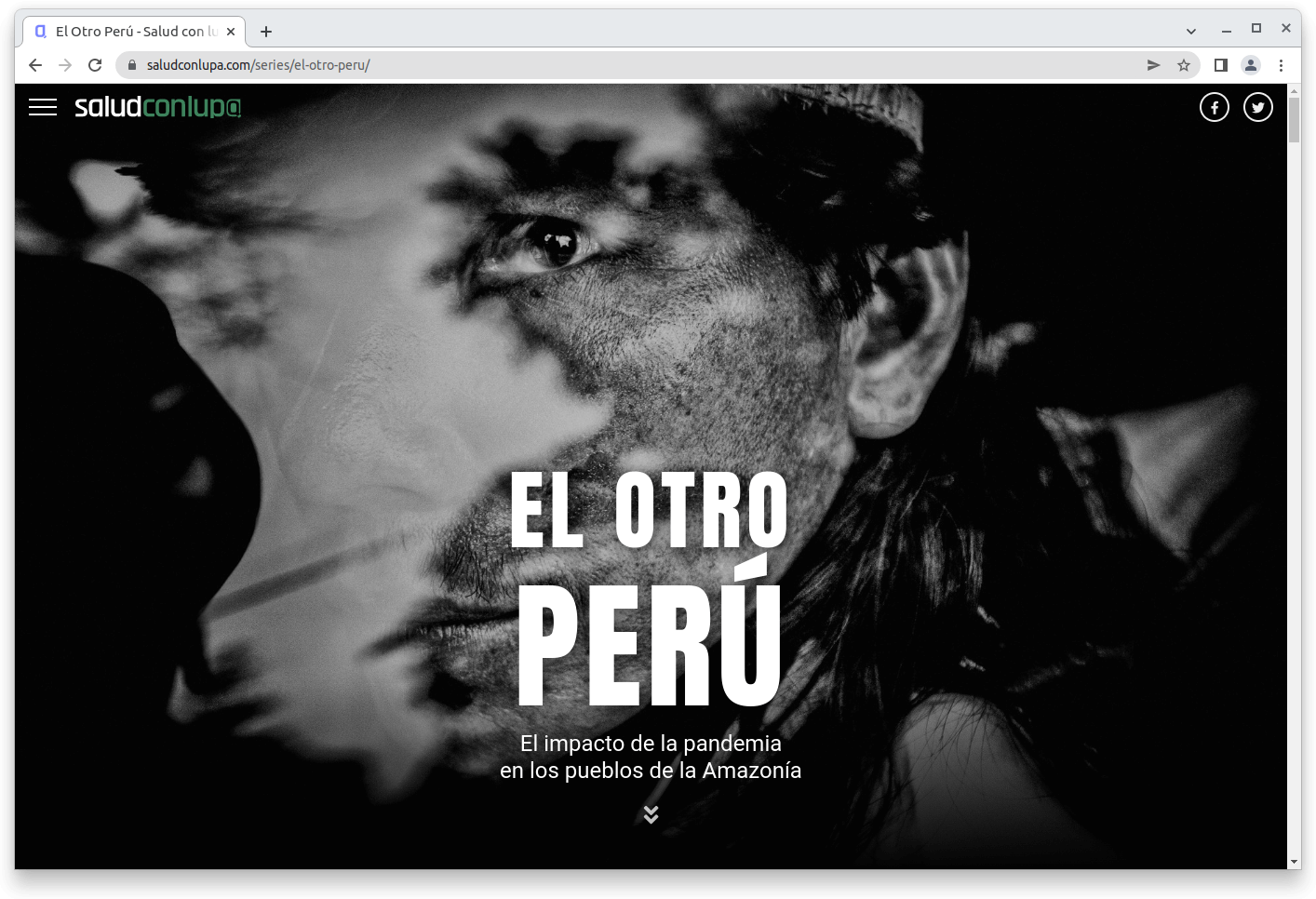 Salud Con Lupa, a Spanish-language site focused on public health, published “El Otro Perú,” a series about the spread of coronavirus among the Latin American country’s indigenous people, which was being overlooked by government officials.

“No one was recording deaths because of the coronavirus,” said Jason Martinez, a data journalist at the Peru-based outlet. “The state refused many times to explain with transparency.”

Martinez and his team collected their own data to fill the gap and reported on other flaws in a healthcare system that was failing amazónicos. In addition to its package of stories, Salud Con Lupa created an interactive map illustrating factors that contribute to poor health outcomes for Peru’s diverse, under resourced and often isolated indingeous populations.

Reporters published a story recipe explaining how their project could be replicated by others. The database they developed is posted on the Big Local News platform in the “Indigenous Peoples of the Peruvian Amazon” project. Valuable epidemiological reports acquired during reporting are also available. 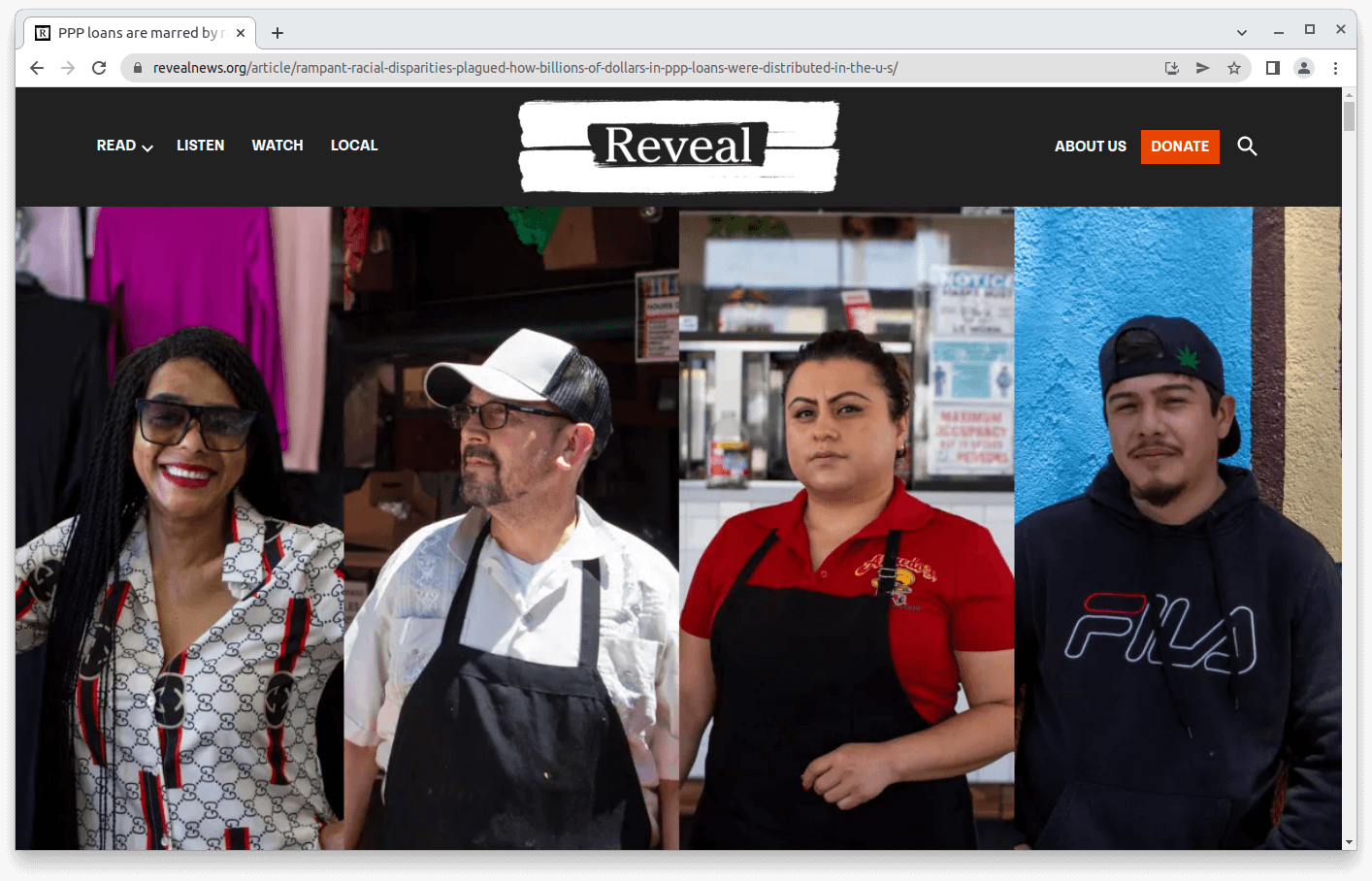 Reveal analyzed more than 5 million emergency loans rushed out by the U.S. government and found racial disparities in how billions of dollars of bailout money was spent. In the vast majority of large cities, the analysis found that businesses in majority White areas were more like to receive a check. A story co-published with Los Angeles Times focused on the owners left behind in Latinx, Black and Asian neighborhoods.

“[We] worked so hard to do justice to the stories of struggling small business owners against the backdrop of widespread, unequal PPP loan distribution in neighborhoods of color,” said Soo Oh, Reveal’s data editor.

Oh and her team also built an interactive map that helps users see how the loans were distributed block by block.

With help from Big Local News, Reveal trained journalists at other outlets on how find their own stories in the data, which resulted in more than a dozen pieces being published. You can find the data on the Big Local News platform in the “RevealPPP” project.

The Missoulian published a package of stories that followed the billions of federal dollars poured into Indian Country, finding wide disparity in how COVID relief was parceled out to tribes.

CalMatters exposed a loophole in California’s eviction moratorium that allowed more than 1,600 renters to be kicked out of their homes during the pandemic. The data they used is available on the Big Local News site.

InfoAmazonia investigated the intersection between the coronavirus and another invisible threat to Brazilians’ health: plumes of dirty air cast off from the massive rainforest’s widespread fires.

From its base at Stanford University, Big Local News gathers data, builds tools and collaborates with reporters to produce journalism that makes an impact. Its website at biglocalnews.org offers a free archiving service for journalists to store and share data.

Learn more by visiting our About page. Have questions or ideas for collaborative work? Let us know by email at [email protected] or at @biglocalnews on Twitter.